Macro is.. not usable? 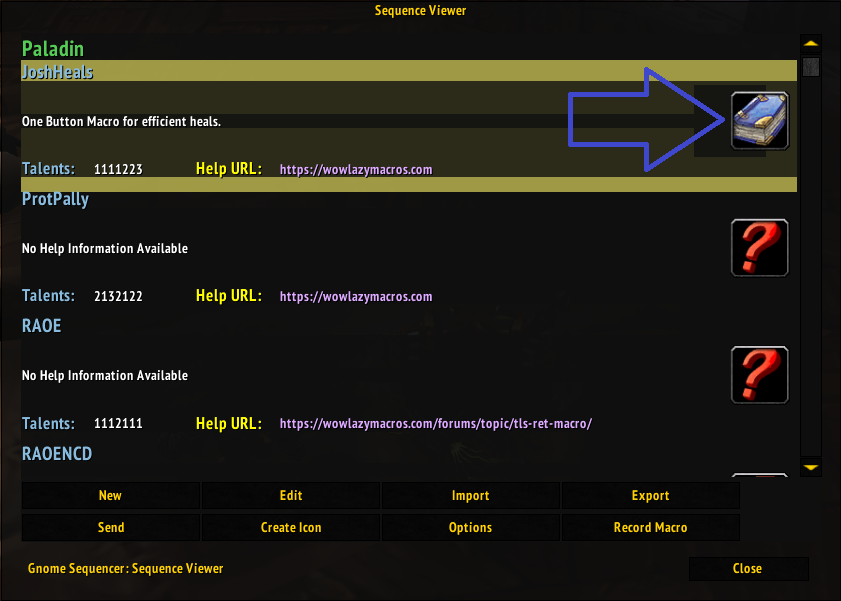 Does anyone know why it does this? Macro was working fine a few days ago. It is a macro I modified from another user to fit my needs.

Fixed my issue. For others having the same issue, make sure you have room for macros to be made, make sure your pre-cast, key release, or anything else for that matter for the spec you’re using DOES NOT have a spell contained in it that you don’t currently have (Talents). You may have to enable global macros in the options if you don’t have space in your macros section. My Issue was it had “/cast [combat] Rule of Law” in the pre-cast section from another user’s exported macro. I did not have that talent at the time of making my own which caused the issue.

If it changes to a book then either the icon was deleted for within GS using delete icon or you have just imported/reimported without the create icon being checked or it was removed from /m and your macro bank.

It won’t change to that for altering the macro nor for having something in the macro that you can’t use yet.

If you run out of macro space on your character tab then it will warn you in chat your close to the macro limit on new imported macros, not ones already being used.