lol, i dont see you saying anything about Charge in this forum. so i see why Deja was confused

Hope it fixes everything.

you going to update this section? just wondering. lol

Woops, what would happen to me if I hadn’t you here. Thanks for the remind, thought I removed all of that.

have more time to make this macro great. lol

Slight issue, macro seems to be firing off and doing what it should, but i get stuck on charge icon and wow keeps spamming me with “target too close” tried the force cvar fix but no difference. Other than that great macro tbh

Thats because the mod youre using has charge on release, that’s for when you’re kicked away (for example Raszagest blow up or Dathea…) you get charged back into fight.

The spam is normal, ignore it with something like Leatrix Plus

Hi nTx and ty again for your awesome macros… I try to update the talents since new patch come out and i cant it show me that Screenshot by Lightshot i do somethink wrong or need update the once are post on forum here?! 07

That’s because they changed everything there. 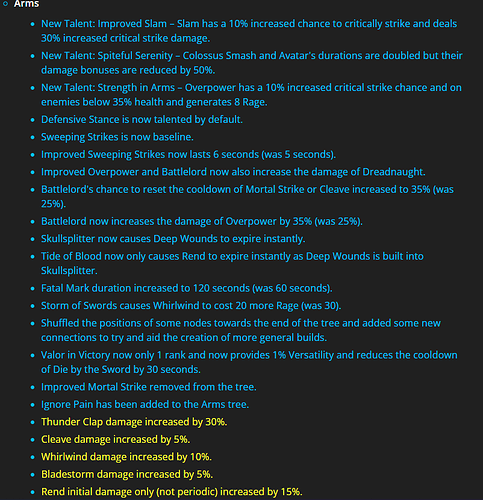 Gonna update today the macro and talent build, but I need time.

You are the type of Macro user that the creators would feel they need to look at your issue quicker (if they can). you came on here, stated what the issue was clearly and then said you understood and will be patient til the fix comes out. i commend you.

Hello I am trying to learn how to create macros and yours caught my attention. I can see in your macro that you have execute bound to a variable and the variable is then called inside action blocks. However, I can not understand how this works. In my experience blocks can only contain one GCD ability on them otherwise they lock the macro, but yours managed to make it work. I am unable to replicate this in my own macros and I would greatly appreciate if you could explain it.

If the skill is not avaliable, you make it count as a 3x1… for example

GSE block is Recklessness, Keypress is Avatar and Keyrelease is Bloodfury.

Something gonna fire if anything is available, otherwise it’s going to jump another block.

Idk if you get it.

If you put the macros BEFORE (KeyPress) the block its going to lock it out. In that case use nulls castsequences:

It will use charge whenever you change target or start combat, after that is going to spam null/nothing and it’s going to work normally.

It’s going to lock whenever Charge is too near the target or you cannot throw Heroic Throw. Do short sequences on KeyPress and always followed by a null. KeyPress normally is for MUST DO, like stance check, targeting, pull…and so on.

Press on Compiled Template on any of my macros and you will see the steps/blocks:

Thank you, this has been a great help! 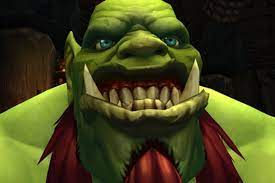 Just tested it on dummies, will try it Dungeon this afternoon but seems to be running smoothly and really good dmg output. Question: Would I use this same macro on Single Target eg. Boss, or would you suggest I try to put Mortal Strike somewhere?

Youre right, gonna update the mythic+ version so you will have a separated aoe with cleave and this one with mortal strike.

Thanks for the feedback, dont be shy and delete it.

Hi everyone, added back the AOE version so rn you have 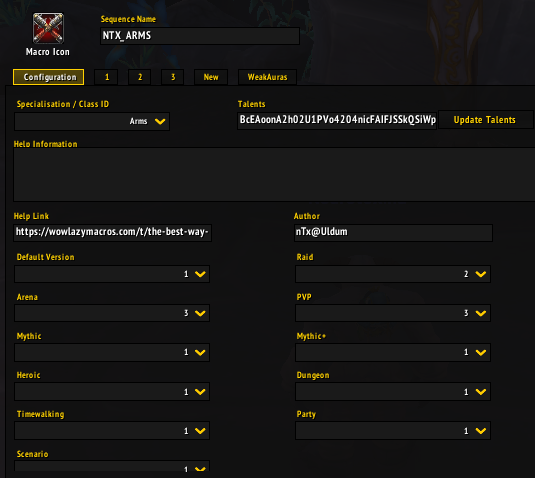 Thanks for the feedback. I hope you enjoy it!

lol… I only deleted it b/c I felt like an idiot when I realized your Raid build had the Mortal Strike rotation in it. So I was going to use that as my ST button in M+. But very excited to test these out today.

as always, thank you for the update and the work you are doing.