This macro is tight as a glove. It’s probably the best macro that I have used from this site, from any spec. I was wondering though. Alt for whirlwind doesn’t work when I’m out in the world questing. Is it using the pvp version since I’m in warmode? Or what could be going on?

EDIT: Okay I figured it out, just something weird about the Maw intro at the beginning of Shadowlands that was screwing up the macro. *shrug

Really like the macro, but for some reason bladestorm doesn’t work for me during pve and intervene doesn’t work either. Everything else works amazing!

I’ve been running this when I go Arms on my Warrior – Anchors ilvl 193. Normally, I’m Protection but sometimes you need to switch. It works great. I was 12th of 26 in DPS in Normal Castle Nathria.

really good macro, I just don’t know if I’m doing something wrong, the character stops me for about 3 seconds and does nothing but stands. I press a button on the keyboard by hand 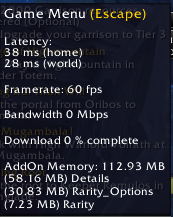 Probably going to start playing again…just heard about solo queue and want to try out. Going to be super behind though…hope they have decent catch up
Guess it depends on which class I play…we shall see… Surprised it still works… I put a ton into it way back then getting it to work in pve and pvp. When I didnt pve on warrior lol

how do i change between macros versions?

not work unable to import

mine will not import either. It states it is unable to be interpreted

I haven’t been on retail for a while, been playing the heck out of wotlk classic. Ill log on and see whats up tomorrow.

Are you using GSE on classic?