Prints everything to chat

GSE suddenly started printing everything to the chat and I also cannot press any buttons with the /gse window opened?

You installed the first Alpha of GSE3.

All the problems you are describing are listed in the Release notes as expected outcomes. GSE3 is a significant change to GSE 2 and the purpose of this alpha was to allow people to see how their macro would change in GSE3. If you are not interested in that I would suggest installing the stable 2.6.51 instead of 3.0.0-alpha1.

GSE is developed with the standard alpha-beta-release philosophies. Alphas are feature incomplete to demonstrate a particular feature - most normal thing s won’t work the way you are used to and will have specific notes to pay attention to (IE read the release notes). Betas are feature complete but need testing in a wider range than my specific testing of features. Betas will have bugs but they may be outside the normal range of what I individually would see. Releases are expected to work however may have an outlier bug that is unique to a few users. 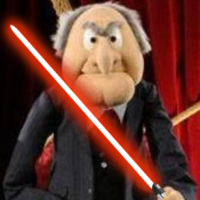 GSE2: Gnome Sequencer Enhanced This Alpha will allow you to swap back and forth between 2.6.51 and 3.0 What is different is that the macro will execute using GSE3's methods and print the entire co...

ah yes, thanks, wowup had installed the alpha version of GSE