A default WoW castsequence would work great for me, but because of Blizzard’s lack of addressing commas in spell names, it is very difficult to get Invoke Chi-Ji, the Red Crane to work.

I have already read the following threads: 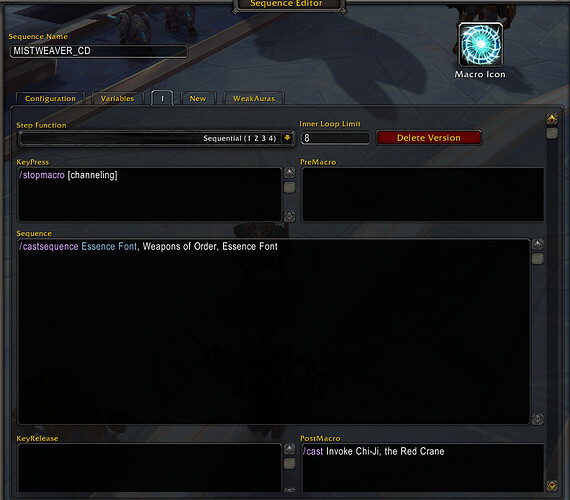 I am trying to achieve:

1, 2, 3 are easily solved by a castsequence, but I would like some advice or tips on ensuring that Invoke Chi-Ji comes at the very end for a person with a bad habit of button smashing.

My shoddy solution was to have a really high loop limit, but that doesn’t seem like a very good solution. Does anyone with more experience have some advice?